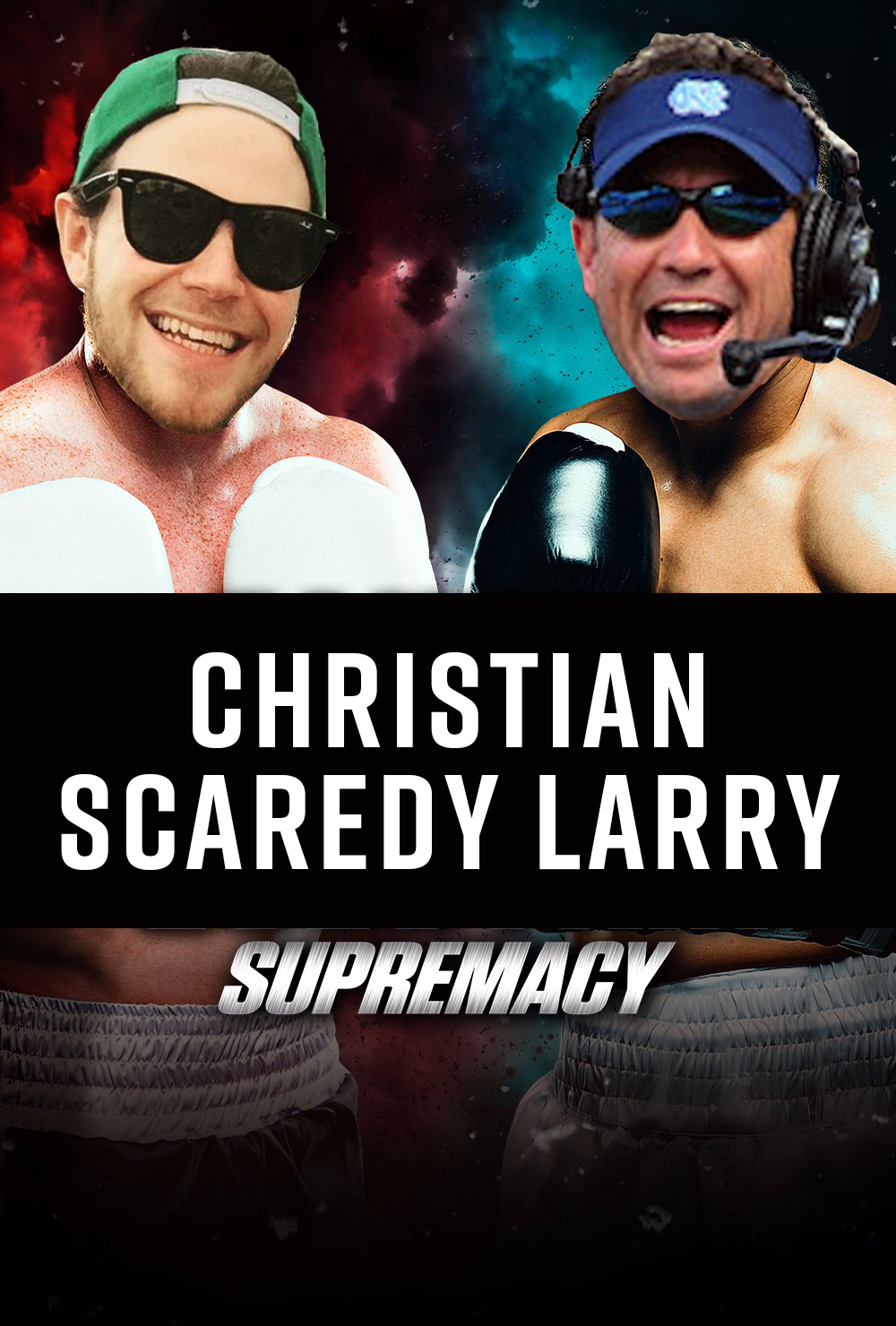 On the first episode of our Podcast we talked a little bit of smack about the University of North Carolina Tar Heels and specifically their Head Coach Larry Fedora. After his comments at ACC media day that the sport of football was under attack because people “blame concussions on football and will keep their kids from playing and in turn keep them from learning valuable life lessons” (I’m paraphrasing there but that pretty much sums up all of his quotes into 21 words.) Christian totally hates this guy. When the topic of UNC came up during our breakdown of the ACC we quickly made note of how the Tar Heels stink out loud at football and we quickly shifted the blame to Coach Fedora.

Right before we wrapped up our deservingly brief discussion on UNC, Christian challenged Fedora TO A FIGHT FOR HIS JOB…… Thats right Christian wants to fight Larry Fedora for the Head Coaching Job.

Standing at the incredibly average height of 5 feet 9 inches and the prime fighting weight of 225 lbs Christian is a south paw assassin with similar fight skills to other famous lefties like Connor McGregor, or a guy who has watched him fight a lot. I once saw this square up on a bee in my backyard and was amazed by the swiftness of his hooks.

That brings us to Larry Fedora… After doing some research I couldnt find his height and weight but he looks like everyones meat head uncle. Dudes 55 so he’s probably got some form a old man strength, but old man strength cant protect you from one of Christians left hooks from hell. After dropping numerous tweets to people around UNC including the official university twitter account, UNCBarstool affiliate, and various UNC fan pages in hope of passing along this challenge and receiving no response, I have determined Fedora, who from this point on will be known as Scaredy Larry, is afraid of this challenge.

SO This beef needs to be put to rest, I want to call on Dave Portnoy, Barstool Sports, and  Rough N Rowdy to help settle this and give the Tar Heels a head coach they deserve. Let Christian and Scaredy Larry throw on the head gear and slug it out for the right to wear the head set at UNC.

View all posts by playbookpodcast