There is no sport quite like College Football. The drama, the tradition, the players, the fans, the committees, and how often the fans tend to disagree with the committees. Every Saturday millions of fans tune in to watch their team play and unfortunately there will always be one loser. With theses losses it leads fans to go on an outrageous rampage filled with #FIRE(Coach) tweets. Here are some of my favorites from recent weeks.

Fans will do and say anything to see their team win one game! So lets all take a minute to agree that tweeting about how your teams coach need to be fired is hilarious (although sometimes its true) But most of these fans need to chill out. Rome wasnt built in a day and neither was any college football program that is having success today. If you think Alabama fans wanted to fire Saban after after he went 2-6  after taking over the team in ’07, youre probably right! Guess what? They didnt and Alabama has won 5 National Championships since then. Dabo Swinney was 29-19 in his first 4 seasons at Clemson, now the team has 2 National Titles and is currently on a 25 game win streak.

Winning takes time. But it shouldnt cost you money. Why waste your time privately raising $18,000,000 to fire Willie Taggert or paying Dabo Swinney nearly $9.4 Million? There a plenty of people out there who could be college coaches and do a damn good job. Some guy sitting on his couch right now might be the greatest college football coach nobody will ever know about because a university wasnt willing to take a chance.

Football is a demanding sport, and coaching football is a demanding job. The phrase there is no off season is true, especially in college, where recruiting is a year round job. These universities need to take chances on who they hire, they need some dawgs, grinders, people who are willing to work extremely hard, work long hours, go above and beyond expectations, someone who is willing to be extremely underpaid so money can be pumped back into the program and the facilities, because if you dont have a slide like Clemson does, how do you expect to land ANY 5 Star recruits????

Basically what I’m sayin is that a college needs to let me be its head coach. Sure I never played college football and I was never a grad assistant, but who cares?? I watch enough games and read enough tweets to know how to not suck! First order of business as head coach, something insane, have a funeral for the old program, bury a football in the middle of the practice field, start a fire, WHO KNOWS, but whatever it was it would get my players to trust me. Science! Maybe i’d hire Bill Nye? But whatever school I’m at would have a lot of new internships available because I want all the sport science kids in the building to figure out how to make our team bigger, faster, and stronger. Analytics? You better believe it. I want as many math majors as possible in the box on game day. Look at me creating jobs. Oh, and we’re getting a strength coach that looks like one of these guys. Every great team needs an electric factory like one of these guys sprinting up and down the sideline on game day. 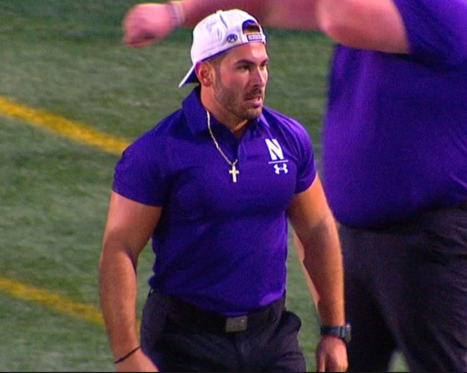 I would be honest with the media, I wouldnt lie and say that we were an offensive coordinator away from a national title *cough, Manny Diaz, *cough. Guess what guys and gals, we’re probably gunna stink, but we’re gunna put forth a good effort to win a bowl game, and we’re gunna pour a vast majority of our resources into recruiting cause in 2 years we’ll be awesome.

So why not take a chance on your boy? I’ll even sign a contract with a very reasonable buyout clause, a brand new Tesla Model 3, not $18,000,000, like that underachiever in Tallahassee. Under pay me, please, remember we need that slide.

Oh yeah, and I got a guy to be one of my assistants that isnt afraid to challenge other coaches to fights, his names Christian. Scared Larry Fedora so bad he’s just a WR Coach now, shame, real shame.

View all posts by playbookpodcast